Inspired by work and life of Franz Kafka

Running time about an hour and thirty minutes.

Scenery, costume and other stage props have been made in the Serbian National Theatre workshop.

Kafka was a keenly observer of the problems encountered by the man on the street in everyday life, and he created a surreal world that conforms to surreal rules. Nothing has changed to this day. This paradox creates enormous tension in all his works, even in the unfinished ones, where his heroes are in a constant internal conflict and an intense struggle against an omnipresent higher power that towers above them. We live in an age of easy acceptance. We hide behind false identities. We have turned into social media profiles.

Illusions are exhausted. Ideologies have been abused. We move in a world that is black, simple, cruel and absurdly humorous. There are no complicated conflicts. There are no painful moral dilemmas with a lesson. There are no big philosophical decisions. Criticism of the system (which is also the greatest antagonist in all of Kafka’s works) becomes clear when it is discovered that the very machine, the one that grinds us, still cannot work without us.

THEATRICAL CRITIQUE – LOOKING FORWARD TO A KNIFE IN THE HEART: Kafka – Machine

The post-dramatic play, which deconstructs the life and work of Franz Kafka (“The Castle”, “The Trial”, short stories, letters, “Letter to His Father”, “Diaries”…) is conceptualised by Kata Đarmati, who is also the dramaturge of the play, as a structure in which the events in the Castle revolve around K., who is to be absurdly justly convicted, or unjustly acquitted, all the same.

The course of interrogation, torture, investigation, Eros and Thanatos, which permeate the archetypal, avant-garde work of Franz Kafka, in which the brutalism of the inner and outer human being becomes the content and message of this complex theatrical exploration.

Veljko Mićunović, a director for whom the topic of a permanent antagonism of an individual and the social system is a constant stage challenge, delivers the painful Kafkaesque drama in a theatrical language that is functional, yet drastic.

The stylistic precision of whiteness, which provides a framework for guessing whether we are still alive or on the otherworld, is created by set designer Željko Piškorić, while the exact costumes are created by Marija Marković Milojev. Aljoša Đidić (K.), who has the most difficult task – to show the terrifying mysticism of Kafka’s duality between deadly suspicion of the truth and justice, and the dark Eros, achieves it with great inner strength and devastating energy.

Radoje Čupić, delivering Kafka’s destructive frustration of his father’s authority, deftly and easily manages to turn his command of the crime into a conviction of his own self. Draginja Voganjac, Marija Medenica and Jovana Mišković advocate and defend the feminine principle of Kafka’s complex nature; their tenderness and cruelty, indeed, are of a different kind than that shown by Marko Savić and Igor Greksa, all of them merging into a single character, who, in human or animal form, is to be a companion in suffering to the victim, who strives to and looks forward to the finale, a knife in the heart.

A special feature of this complex play, which delivers a continuous transformation from verity to fiction, are songs (Irena Popović), which revert the associations to Kafka’s sense of guilt, achieving the effect of multiplying and generalising his suffering, to the point that everyone needs to apologise to everyone else, and they all become fictitious victims and their own executioners, evoking horrors hauled from the earliest memories that are not healed by growing up.

The surreal Kafkaesque situation paradoxically infuses the atmosphere on the SNP stage with a real sense of anxiety and uncertainty, which is predominant today in our country and in the world. The machine, from the play’s title, works non-stop, with the deafening noise of its products being manipulated. And these products are social repression and the deadly humour of the elusiveness of crime, the real riders of the apocalypse today.

The post-dramatic theatre moves exclusively in the domain of association and message, which is indicated by the stage procedure, so it is also interpreted through the prism of one’s own artistic and social experience.

A graduate of Egon Savin, he once honed his directing craft as an assistant director to Paolo Magelli and Jiří Menzel. Since then, he has directed a number of plays, including: “Hunting Cockroaches,” “Othello,” “The Tragic Burlesque,” “Death of a Traveling Salesman,” “Misunderstanding,” “Powder,” “Wardrobe,” “A Suicide,” “Democracy.” Some of them have been performed at the festivals: Pozorje, Bitef, Drama Festival in Ljubljana, MESS in Sarajevo, Ex Ponto in Ljubljana, Budva City Theatre… At the 65th Sterijino pozorje theatre festival, Mićunović was awarded a special Sterija Award as a director of the play “The Workers’ Chronicle” produced by the National Theatre Subotica.
Talking about his opinion of man and today’s world and what he addresses in his plays, Mićunović once said: “We live at the crossroads, in eternal transitions, political parasitism, trying to get piggybacked by others, without a desire to start from the personal, from educating our own selves, one’s own beings, one’s own environments.” 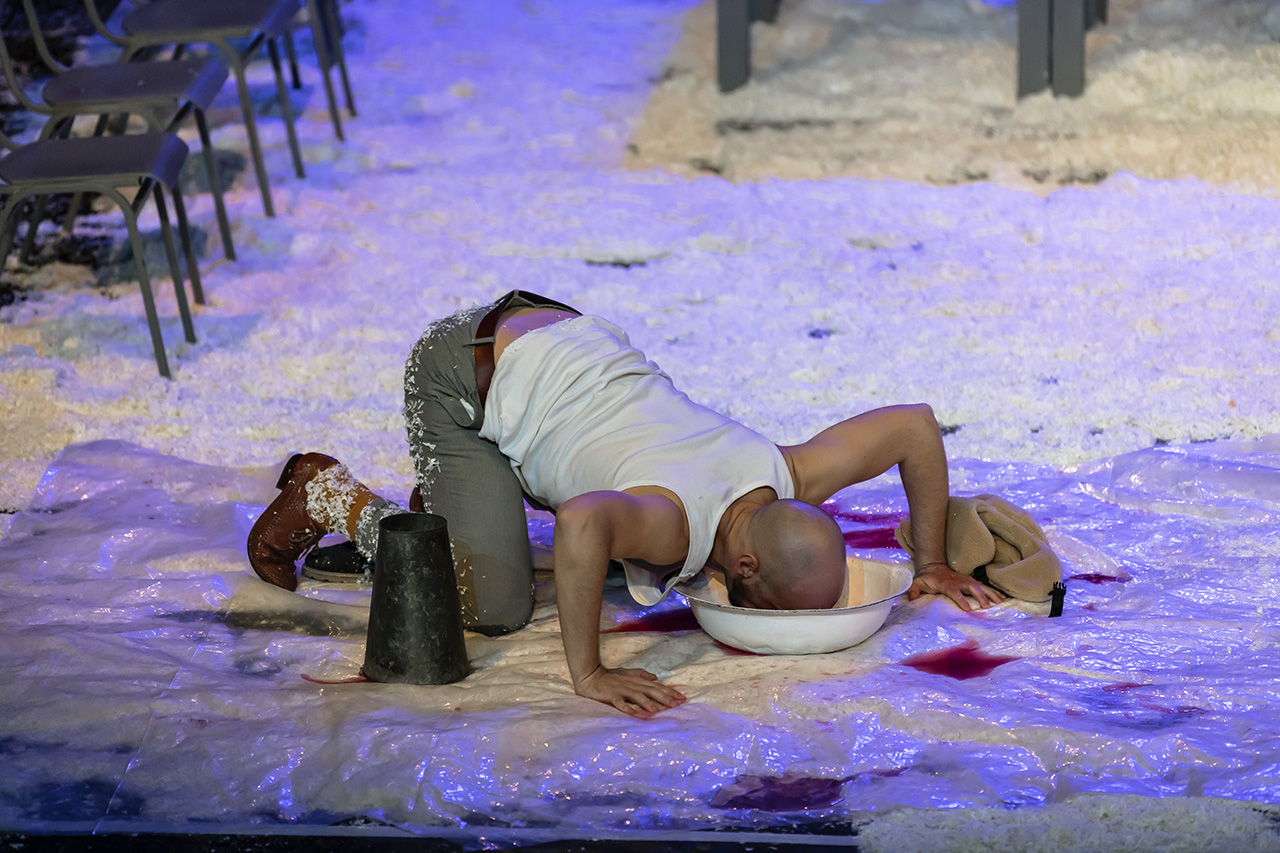 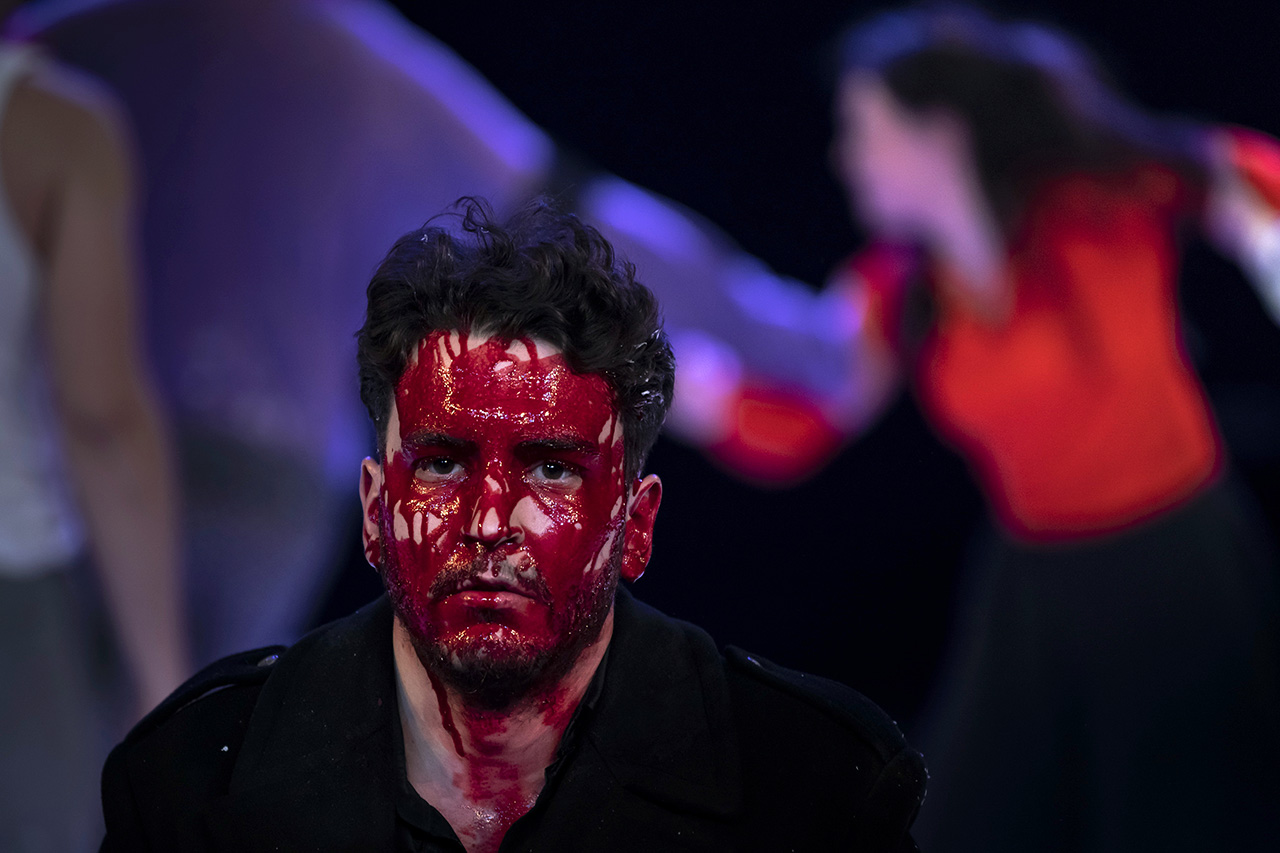 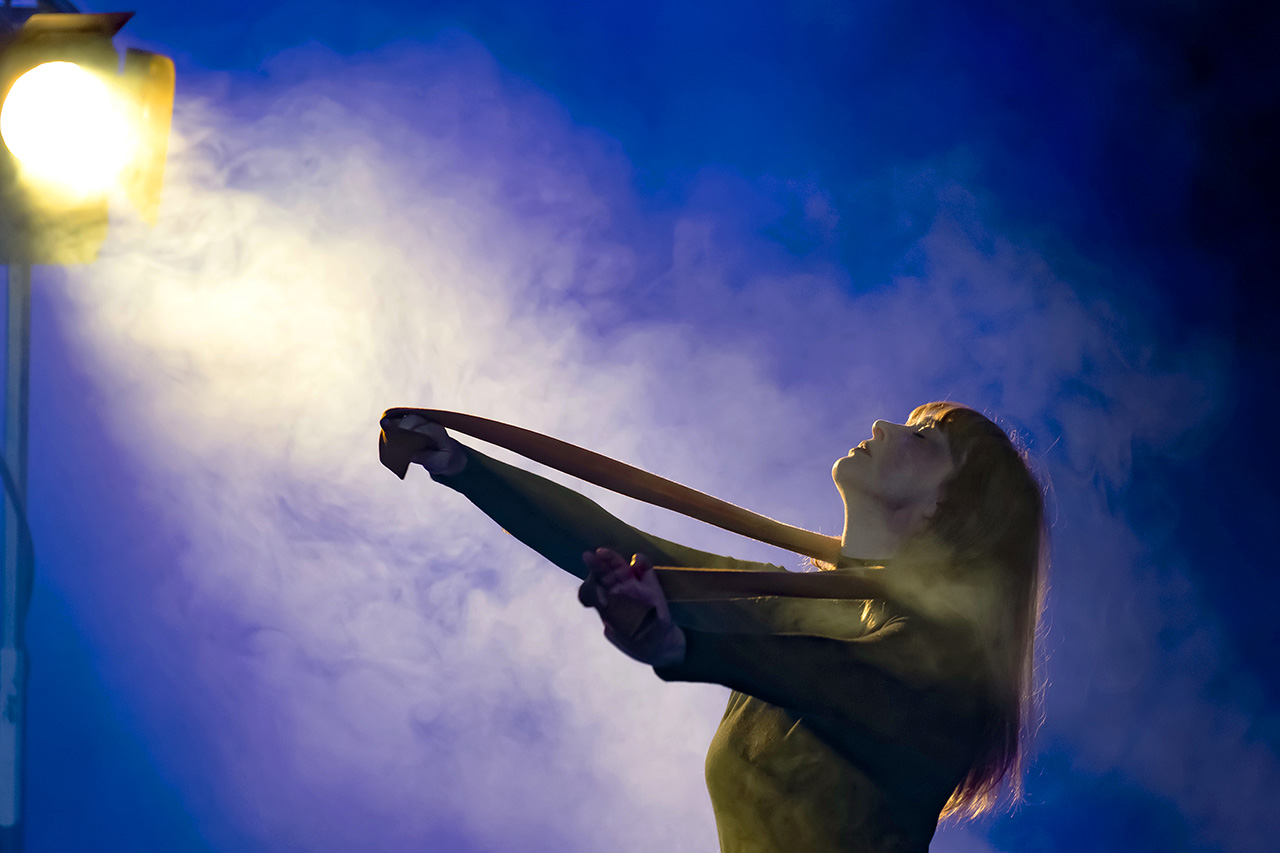 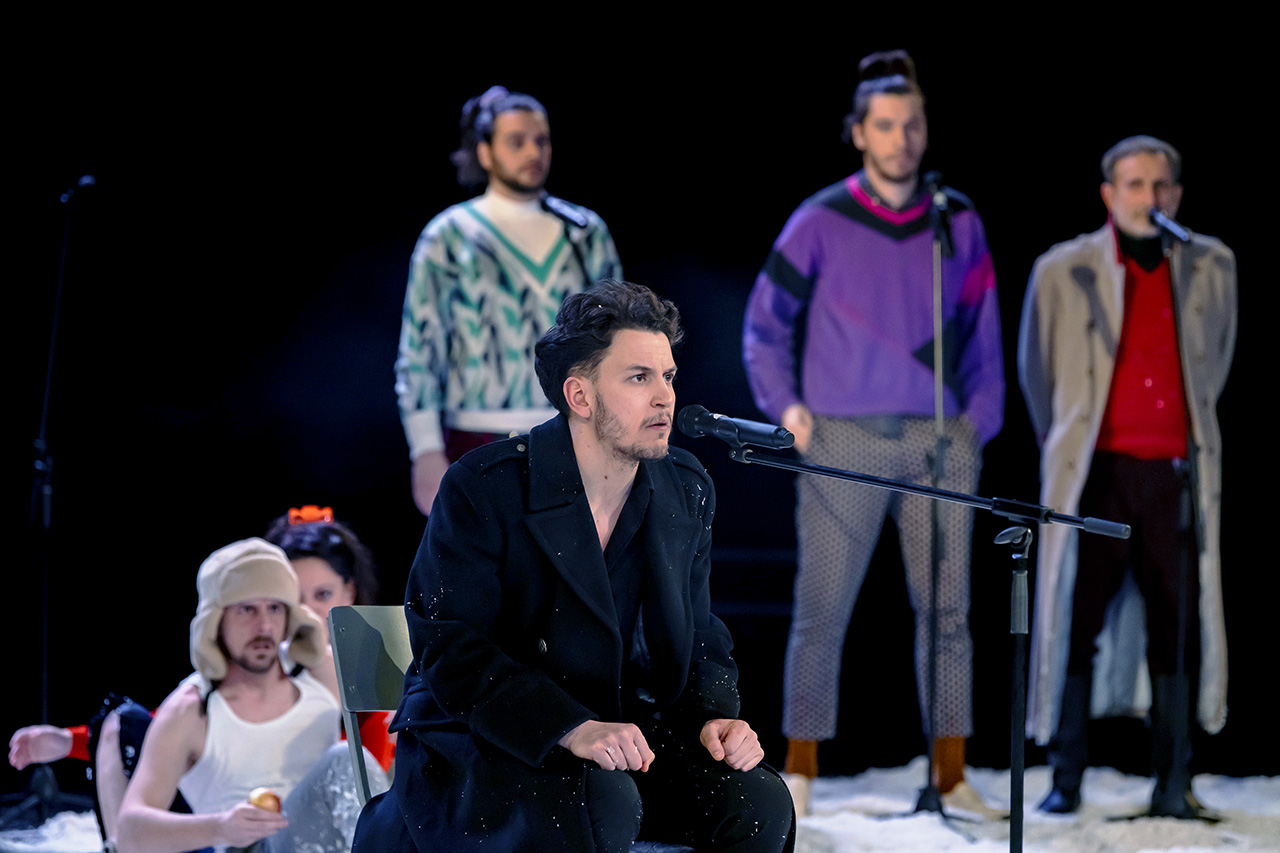 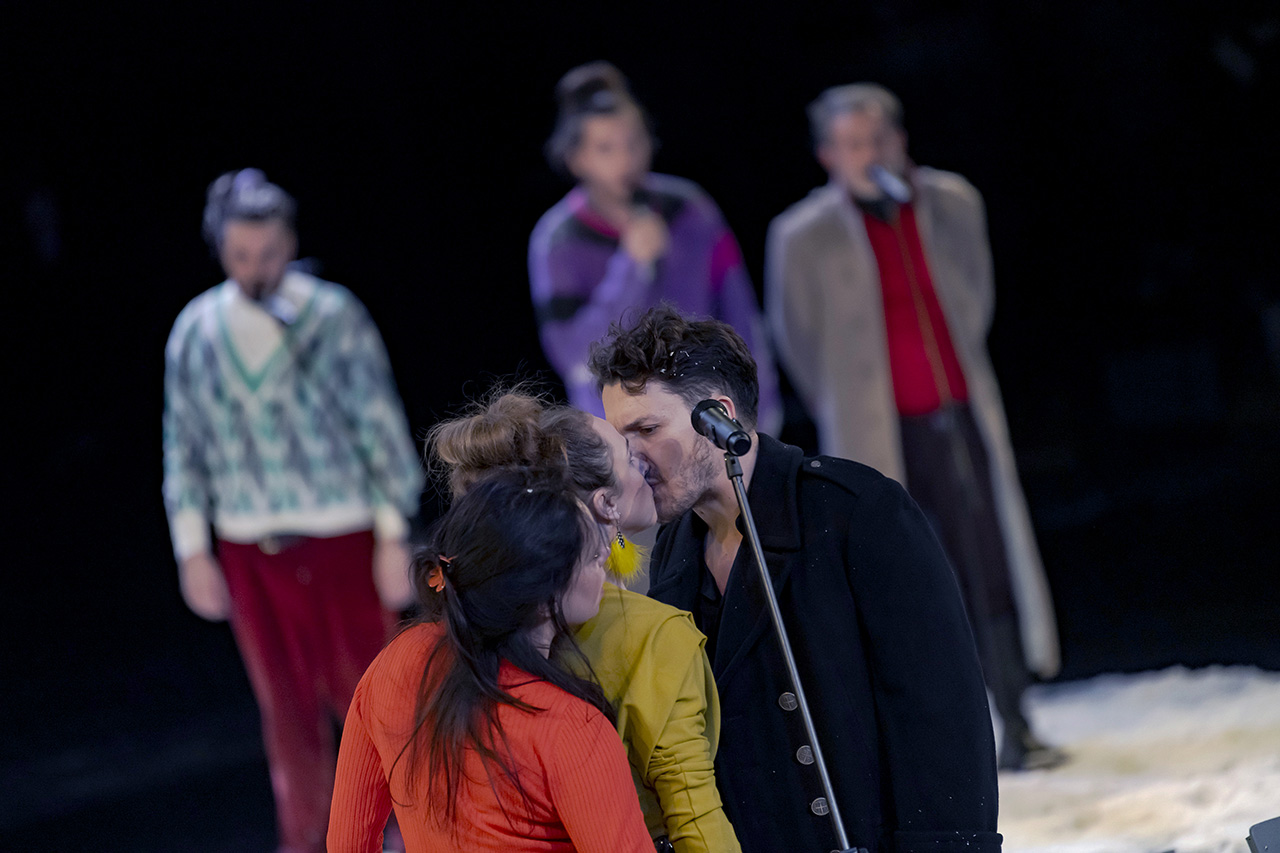 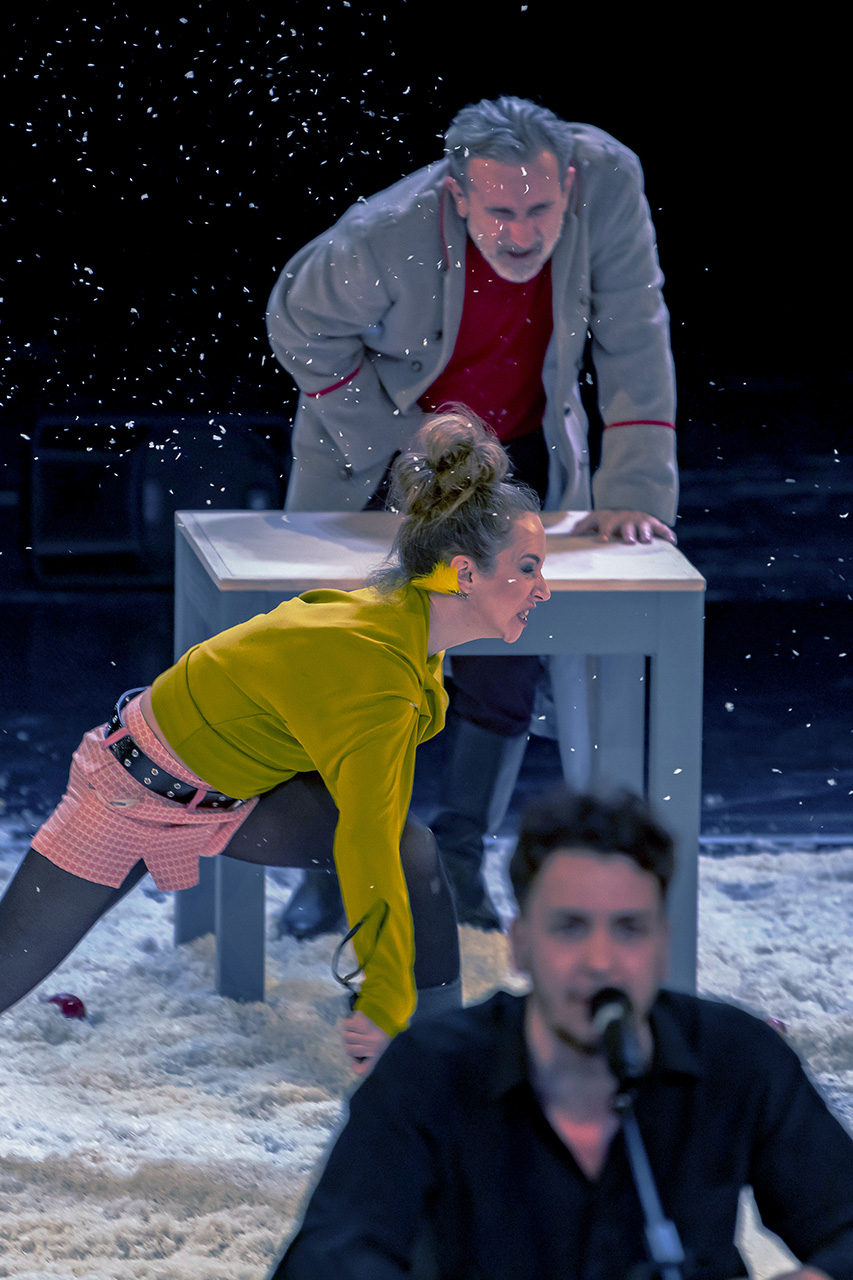 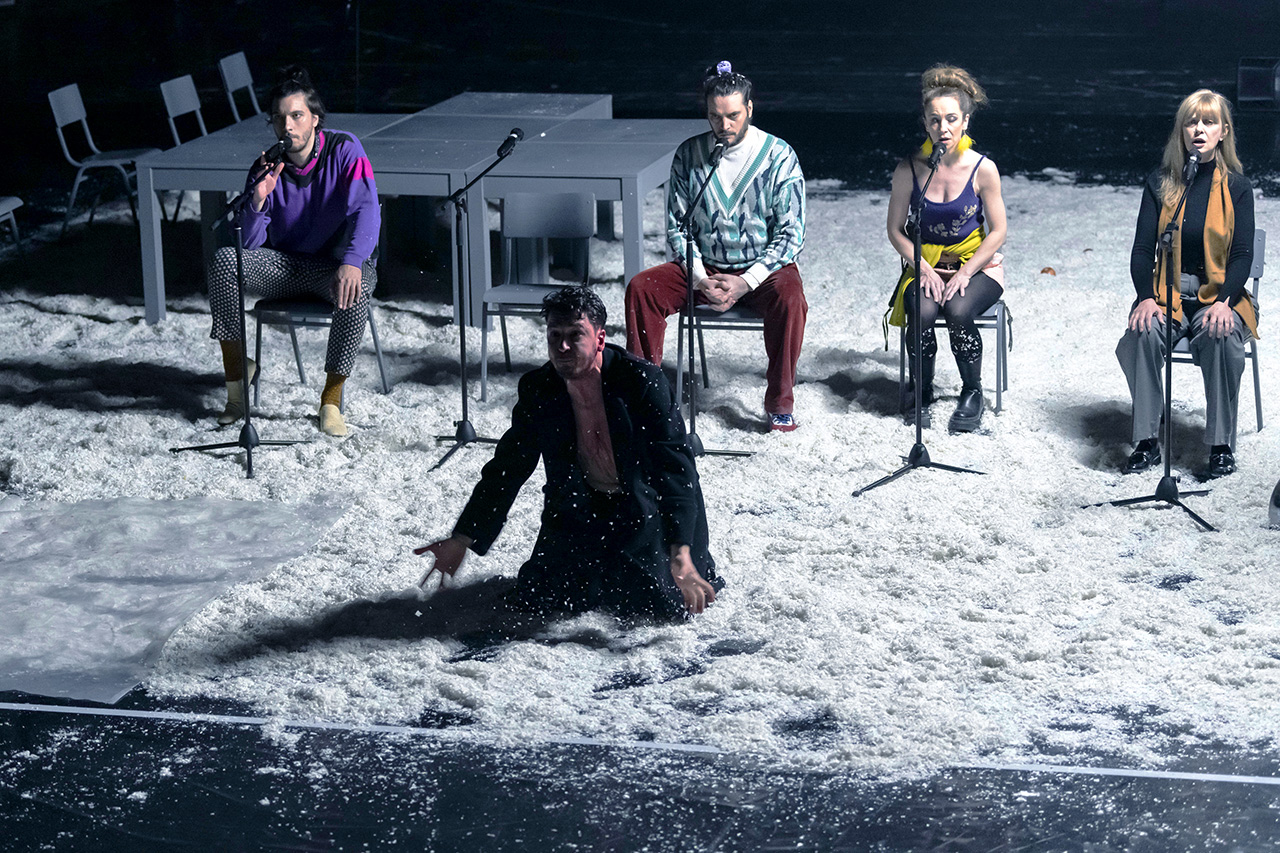 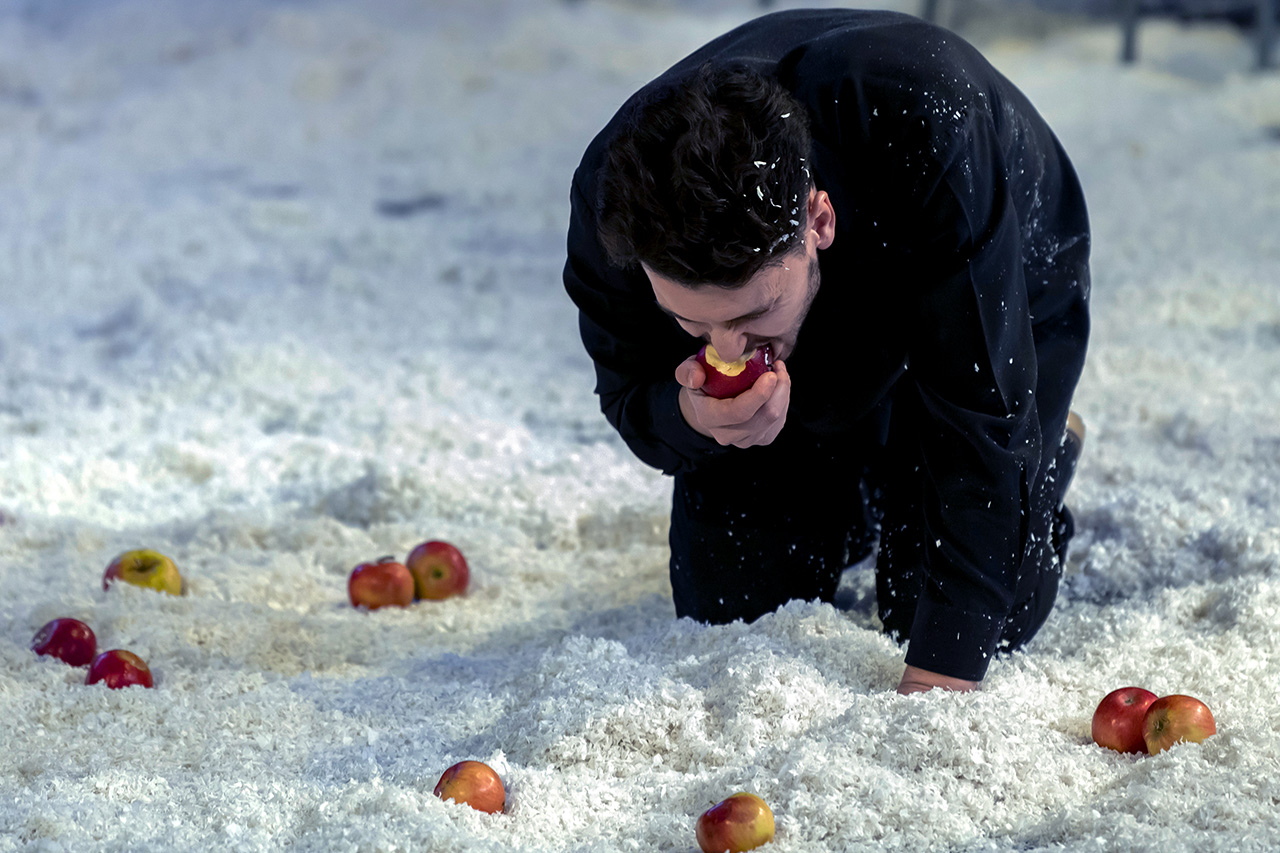 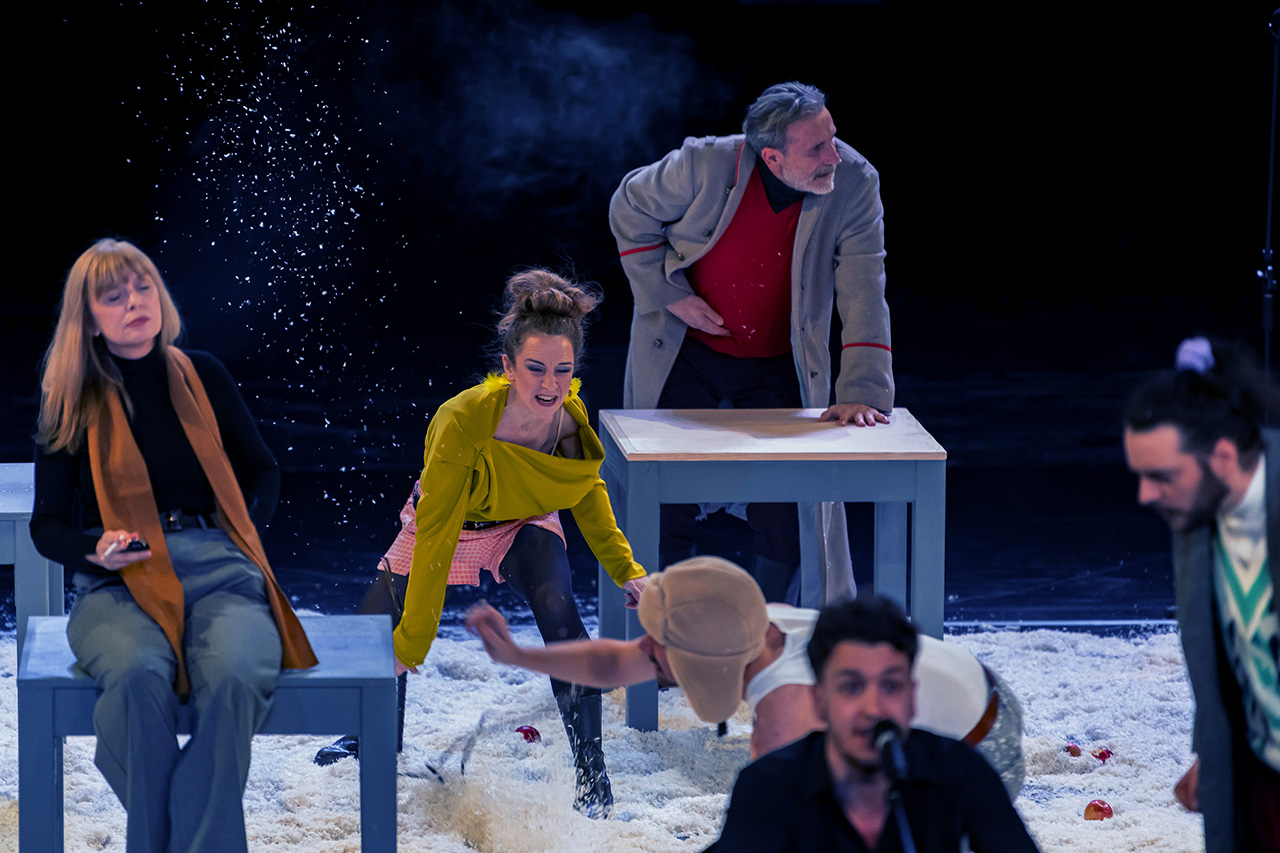 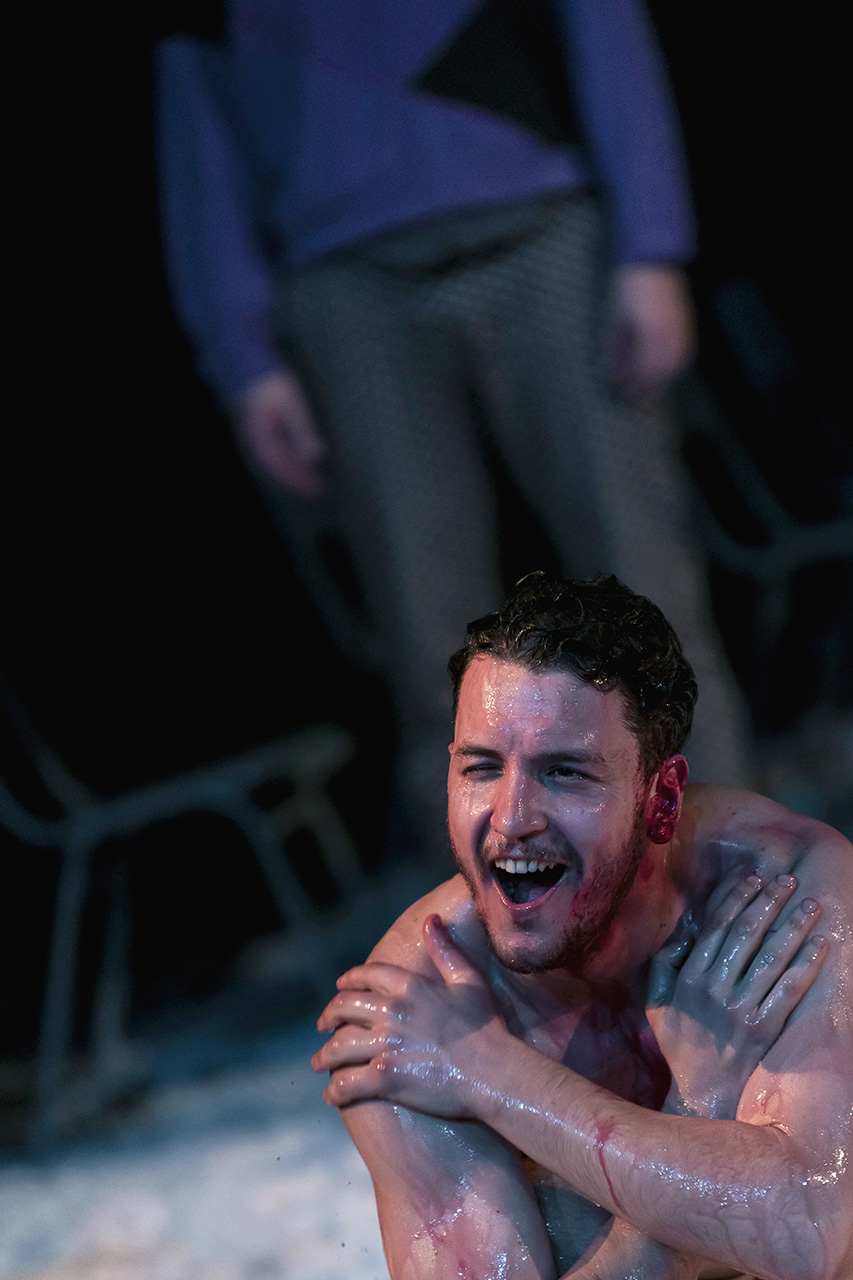 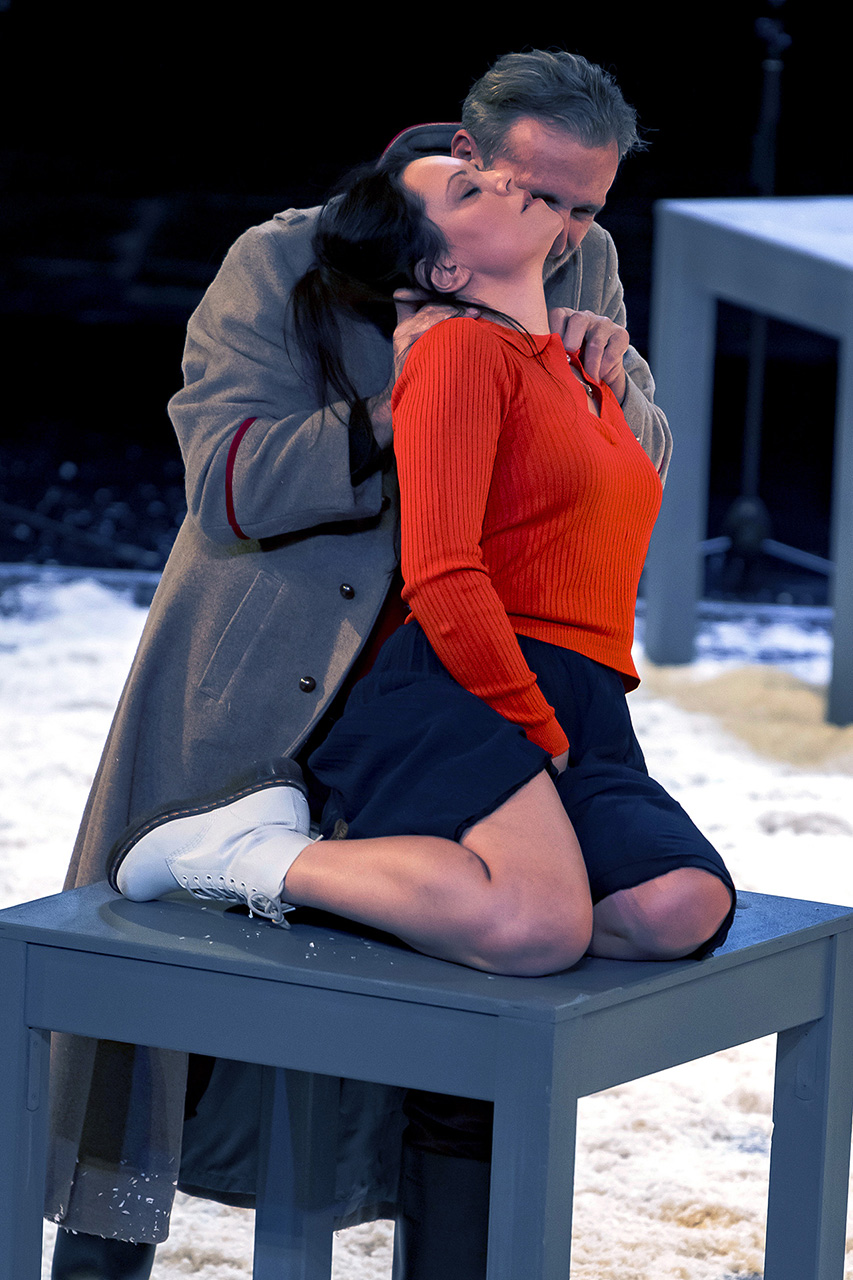